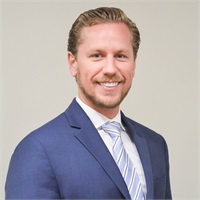 For the past several years, Alexander P. Frederick has combined the rigors of focus, commitment and education with the ultimate goal of successful family planning as a financial professional. His experiences have been team oriented where he has excelled as a leader in the areas of stocks, bonds, mutual funds, retirement planning and institutional marketing. Today, Alex utilizes these national team experiences as a tax and financial consultant towards providing genuine wisdom, perspective and guidance to those he serves. According to Alex, “the learning process is perpetual and always maximized when attitude is positive. Life success is measured by what we give not receive. I plan to make a difference in people’s lives helping them achieve their goals through education, transparency and motivation. Ultimately, the only success I know evolves from a “we and us” or “team” philosophy. As a financial planning professional, it seems very natural to continue applying this philosophy in all that I do. To me, each client and their family is a team and my goal is to help every team I serve maximize and enjoy realistic success.”

Alexander P. Frederick began in the financial services industry in the fall of 2010 while finishing his collegiate academic and athletic career in South Carolina.  In July 2011, Alex began his professional career with John Hancock Financial as a Business Consultant supporting the successful marketing and distribution of their asset classes and management teams. In July 2012, he joined his family’s practice, PRIME WEALTH MANAGEMENT. He is Registered Representative with NSC.

Alexander P. Frederick enjoyed an extraordinary academic and athletic career. Starting with a national championship in 2002 AAU baseball, his high school career ended in 2006 with Our Lady of Lourdes winning the New York State Class A championship as he enjoyed many team and individual awards. Next stop for Alex was Division I Collegiate baseball at IONA College in New Rochelle, New York where he injured his pitching arm in spring 2007 and elected to have “Tommy John” surgery in hope to continue collegiate baseball. With a rigorous post surgery rehabilitation program, Alex elected to transfer from IONA College with academic honors after one year. He secured a "medical hardship" to regain his first year of athletic eligibility while planning rehabilitation training back home at Dutchess Community College (DCC) in Poughkeepsie, New York. He successfully completed his second college year at DCC with a degree in Business Administration and high academic honors. In the fall of 2008, Alex attended Clemson University and became #39 known as “Freddy” on the Clemson Tigers baseball team. For three seasons, Alex enjoyed the highest level of college baseball team success with successive ACC season & championship play, NCAA playoffs and 2010 College World Series (CWS) participation. While he is part of Clemson Tigers baseball record book in several categories as a pitcher, he says “nothing achieved personally compares to the life lessons achieved as a team player.” According to Alex, “a highlight of my Clemson years was being in the first player group ever to be honored as graduates with a ceremony on the field, pre-game in uniform, by the President of Clemson University in May 2011. Pitching in the CWS on ESPN was awesome, but graduation services on the field for only a select few players put honor in perspective for me.” Thereafter, Alex enrolled in the College for Financial Planning and completed the Chartered Retirement Planning Counselor ℠ (CRPC®) designation. He has multi-state life, health and annuity licenses and holds securities Series 7, Series 65 and 63 licenses, as well. Also, Alex enjoys the Enrolled Agent (EA) status which is the highest credential the Internal Revenue Service (IRS) awards. EA's have unlimited practice rights representing tax matters and tax payers.

Alexander P. Frederick native of Hudson Valley and his wife Lesley a native of Marietta, Georgia currently reside in Millbrook, NY with their family, Willow (daughter) and Ford (goldendoodle).

Mr. Frederick's commitment continues with youth and collegiate athletics and membership on several committees as a volunteer giving back to our communities. In his leisure time Alex enjoys golf and spending time with his family and friends.